TRIP TO THE SPACE WAR

YOU CAN GET A LOT OF FUN AND THRILL

Released in 1980 by Japanese game developer Nichibutsu, Moon Cresta has players assume the role of a fighter pilot in an intergalactic space war operating the titular Moon Cresta spacecraft- unique in its ability to stack three individual rockets together to create a larger ship, increasing its firepower and scoring capability (and increasing the challenge by becoming a bigger target). 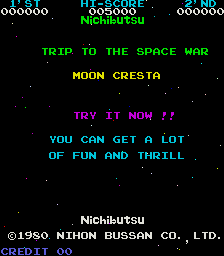 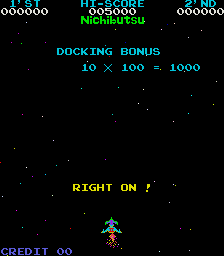 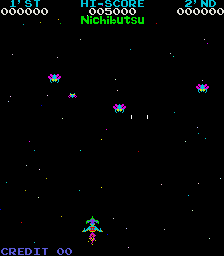 I picked up a bootleg Moon Cresta boardset from KLOV a few days back (late June, 2021), labeled and sold as Space Force, presumably a hacked title used for this bootleg, since things like that weren't totally uncommon. Moon Cresta especially was bootlegged and sold under a wide variety of names such as Space Dragon, Moon War, Starfighter, etc. Part of the reason Moon Cresta was an easy target for piracy was much the same reason as many other games released at the time- Moon Cresta ran on a variation of Namco's Galaxian hardware, and the specific boardset used by Moon Cresta was essentially a 1:1 clone of Namco's hardware with an altered memory map (for the larger game roms) and two additional graphics eproms. Other than that, a Moon Cresta board is essentially a Galaxian board, and Galaxian as it stood was already an extremely popular and commonly bootlegged game. 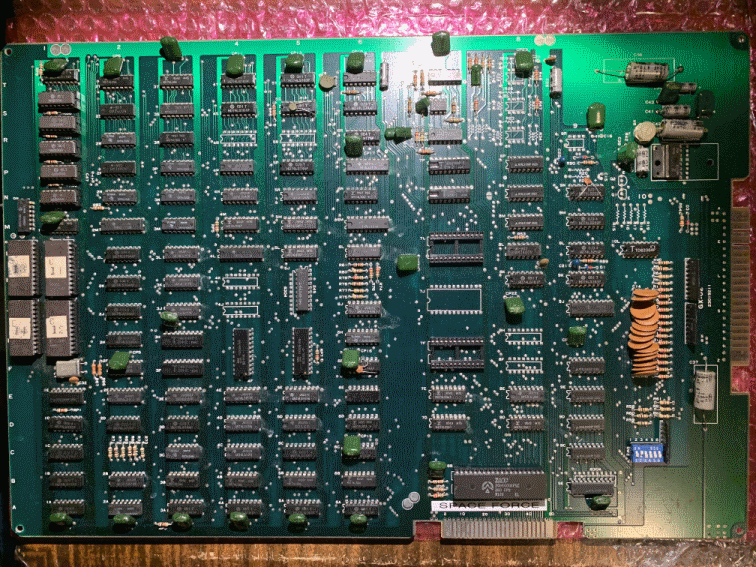 (For a higher resolution photo of this board, click the picture above.)

A little dusty but overall pretty clean. This board is honestly pretty well designed- it's a clone of Galaxian hardware like I said above but the additional graphics roms for Moon Cresta are built into the board itself instead of requiring an additional daughtercard. It also sports an edge connector using the Galaxian pinout, as opposed to the multiple header pins that an original Nichibutsu Moon Cresta board uses. There's no manufacturer markings but the board is labeled "GX-02" near the edge. I wonder if GX-01 is a straight Galaxian clone and GX-02 is the version tailored for Moon Cresta. 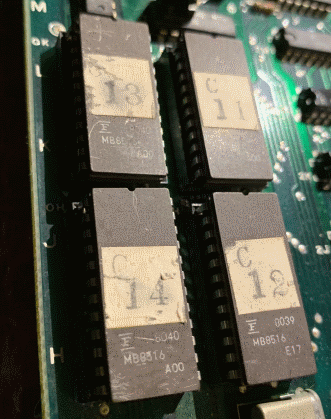 A closer look at the graphics roms. These are Fujitsu MB8516s, which are basically just 2716 eproms. These verify in Romident as "Moon Cresta (bootleg)". I'm not sure what the differences are between the bootleg graphics set and the regular one, other than maybe having the Nichibutsu logo scrubbed out. 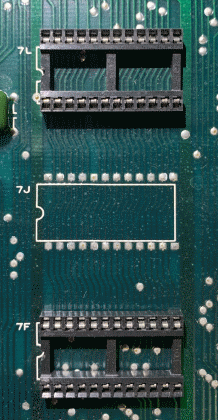 Just like Galaxian, Moon Cresta uses a giant, obnoxious daughterboard that plugs into these two sockets. That's missing on this board. On a Namco King & Balloon boardset, which is essentially the same as Galaxian, the middle socket is actually populated. King & Balloon doesn't use a daughterboard, instead opting for eproms plugged straight into these sockets. 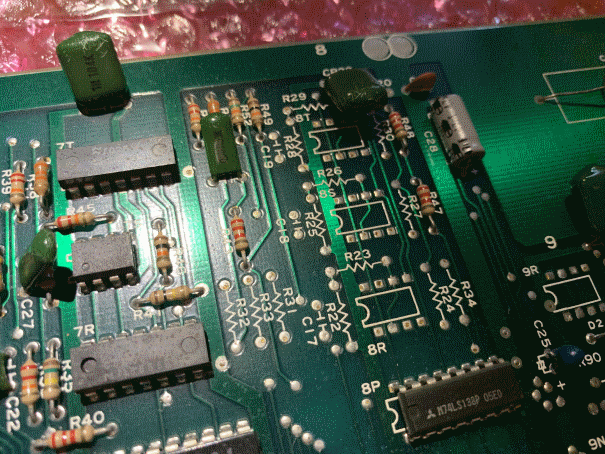 Because Moon Cresta doesn't have the same droning background noise as Galaxian, this rack noise circuit is unpopulated, leading credence to the idea that this board was probably always a Moon Cresta, or was manufactured specifically to play Moon Cresta and not Galaxian.


Stay tuned to this page for updates as I work on restoring this board back to its former bootleggy moon-cresta-y glory.