Welcome to the Spooky Page. This page is currently under construction.

You find yourself in the presence of the ORACLE. A strange chill fills the air as the candlelight dances and flickers, casting stretching shadows across the walls. What otherworldly secrets can this strange woman see by staring into your soul? You try to look away but find your eyes firmly affixed in her unbreaking gaze... 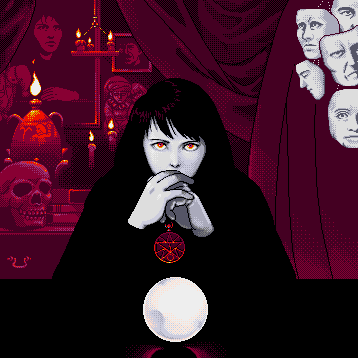 I've had nightmares my entire life on a relatively frequently basis, but most often as a kid. In a semi-particular undated order, here's descriptions of a number of those nightmares.

This one was when I was a kid. After waking up from a strange dream, I opened my eyes to a familiar sight- the wall across from my bed, and the hallway light peeking through my doorway. Everything is relatively normal until I notice a strange wall-mounted shelf opposite my door that I'd never seen before. As I stare at the shelf in confusion my bedroom door creaks further open and a large, creeping "shadow monster" begins to silently step into the room and I wake up for real almost immediately.

This is another from my childhood. In this one I'm seated at the kitchen table. The light is on- the typical harsh, unnaturally bright light it always gave off when illuminated late at night in contrast to the rest of the world. No light shows from any of the other doorways- the doorway into the living room is as pitch black as possible, altho in the distance I can vaguely make out the door to my pap's room, which is also just as dark (if not darker). The hallway in the back is also dark, compared to its usual warm nightlight-powered glow. Confused and afraid, I call for my mom, who responds sweetly from the distance, asking me what's wrong. As I think of a response I hear a rush of sudden and fast footsteps pounding down the hall and toward the kitchen where I sit. I scream and cry for her help as she continues to question me nonchalantly and the unknown thing enters the room- I wake as soon as I turn to face it.

I'm outside my pap's house. It's a cool, sunny dawn. Nobody is around but me, but my standing turns to flying suddenly as I lift up in the air like a kite. I drift around in the sky above the house lightly before my flight becomes more controlled, sorta like a paper airplane being launched. As I zoom through the air I notice a little girl in a white dress with porcelain-esque skin and vacant eyes staring at me in the woods in the backyard, directly beside the abandoned old trailer that my uncle lived in years before I was born. Once I catch her stare my direction of flight suddenly changes and I rapidly descend uncontrollably, straight into her approaching face until I wake just seconds before hitting her.

I'm in my mom's old house, arguing with my stepdad. He stands in front of the staircase leading to the attic where I slept at the time. As he points and screams at me, a woman in a ratty, yellowed nightgown with long hair begins to descend the staircase behind him, her feet never touching the stairs- instead, she floats, posed like a hanging body. Right before her face appears the dream ends.

I sit in a red velvet chair in a large room with columns. The carpet and walls are a burgundy shade. A woman with silver hair and a blue dress sits beside me. She asks me for the time and I check my nonexistent watch before turning to look and realizing her face is just a vacant hole lined with long, sharp, triangular fangs. I wake up right after.

I'm on a bus. It's overcast and cloudy outside and looking out the window all I see is a dry, dead field. The inside of the bus is abnormally dim. As we ride into a town the bus pulls into a shopping plaza- I look out the window and notice shattered windows in the stores and no electricity. Despite this, shadowy figures stand in the distance in the darkness of the storefronts, their eyes glowing red like something from an 80s horror movie. As the bus turns to leave the plaza it begins to enter a nearby forest and day quickly becomes night. A thick fog rolls in and the bus stops as an army of undead emerges from the fog in front in traditional "arms raised, ambling movement" style. As they approach I call cut and change the angle of the "camera" as one of the zombies attacks an innocent bystander. The attack begins, stops, and repeats a few times before I'm settled on the angle.

BOY IN THE BASEMENT

I still gotta write this one down when I have the time.

THE HOUSE IN THE WOODS

Ditto as above. I remember this one well but haven't written it down yet. Check back later.

Still gotta write this down.

Still gotta write this one too.

A weird Trazodone-induced nightmare about a soldier in some sort of tropical jungle, and an abandoned factory overgrown with carnivorous plants. I gotta write this one down too.

An incredibly unpleasant Trazodone nightmare. Still needs written down, altho I really hate this one.

An atmospheric one about a huge field of graves set against a vivid sunset.

A young woman, kicking and screaming, is restrained for some sort of violent ritual. Dismembered, decapitated, and impaled on a wooden stake, a giant, blood-soaked humanoid ruptures from her freshly-slaughtered corpse like a butterfly from its cocoon. A towering woman at least eight feet tall with no skin, her head formed into a fleshy crown at the peak with protruding bones forming the points, with hair made from human nerves that moves and sways in all different directions on its own.

Something like an 80s supernatural horror flick, the moon turns orange on Halloween night with the face of a smiling jack-'o-lantern. Children who witness the pumpkin moon become violent psychotic murderers, staging a massacre against all the adults they can find, who rise as zombies once killed and attack other adults.

I really gotta write this shit down

Sometimes I suffer from sleep paralysis. I've had two FOUR notable experiences and a handful of nightmares that were a pain to wake up from. I'm gonna detail the hallucinatory experiences here. 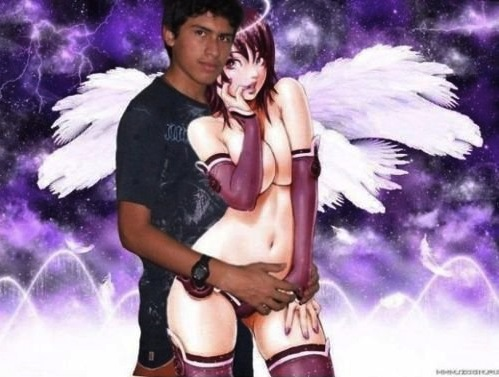 Ye olde invisible back-crawler. If you ask anybody about sleep paralysis, assuming they know what it is, there's a chance they'll think of this first. A few years ago I was sleeping in the early morning, after sunrise. It was around 7 or so on a summer day with the curtains pulled when I woke up and realized I couldn't move. Before I had a chance to really ruminate on this strange phenomena I realized something was sitting on my back, and I just kinda lay there befuddled as I felt the weight shift and move.

Whatever it was, it was leaning forward- I could feel it lean further down, and the hairs on my neck stood up as I felt a presence directly beside my neck, as if another head was almost directly parallel to mine, about an inch or so away. Long story short, it felt like I was about to be bit by a vampire in broad daylight. I wriggled and swore under my breath and just as soon as it had manifested, it disappeared, and I've yet to experience anything similar again. Altho I understand and perceive this as a hallucination generated by my own mind, the same mind I use to perceive it in the first place, I don't totally understand the how, why, or where of it. How can my brain simulate something I've never experienced in excrutiatingly realistic detail? How can my brain simulate physical touch? What else of our daily lives is being simulated by our minds?

You ever wake up to pee and realize there's a solid black silhouette of a lady with long hair standing directly beside your bed staring at you? None of her features were visible, but the individual strands of her shoulder-length hair were clear, with the wall behind her peeking through the separated locks. She disappeared within a few seconds of me "locking eyes" with her and I've since started keeping a pile of books and other bedside odds and ends in the space she stood to try and "prevent" her from standing there again. Not like it matters, since if she's a ghost and not a hallucination it's not like a physical "blockade" would do anything. Maybe she's the same chick as the back-crawler. Was the back-crawler even a chick? Either way I chalk this up to just being a hypnopompic hallucination- a hallucination seen in the state of waking.

"PEOPLE CAN LICK TOO"

I'm combining two into one this time- I've had two separate experiences this year with licking sensations, the first on my cheek, the second on my hand. The header for this paragraph is named after the urban legend of the girl who had her hand licked by a home intruder, who she thought was her dog at first. In this case I didn't have a dog in my room to blame it on- instead it was just more weird mental psychobabble simulating the feeling of someone getting frisky with my flesh in the middle of the night, which is a lot more fucking terrifying than I'm making it sound honestly. Please don't lick me in my sleep.

This is a collection of weird and unexplainable stuff I find interesting, ranging from the supernatural to cryptids and mysterious beings. 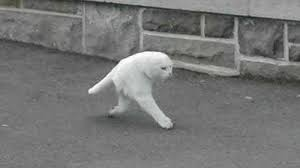 One weird cryptid I find interesting is the stickman, possibly the "wana-games-ak" described in Abenaki Native American folklore (a spirit so thin it can be seen only in profile). The stickman is basically a walking two-dimensional stick figure, sorta like a living doodle, with an empty ring or "space" where its face should be. It doesn't seem to appear in any set location but a general preference for wooded areas is common, although stories also exist of the stickmen being encountered in populated areas or even inside homes, appearing suddenly in a manner similar to ghosts.

My dad seems adamant these exist based on a story he was told of one appearing in a clearing in the woods near his home as a kid, if I'm remembering right.

"one motherfucker did this at the fair in town. He leaned back too far and rippen through that canvas ceiling above him. I guess it fling him about a block away before he landed in somebody's yard. They still use the same machine, but there's a huge duct tapped patch over one of those triangles in the ceiling." - Anonymous

RIPPEN - verb (present tense: rippen; past tense: rippen) - the act of standing up on a Gravitron ride, sometimes with the consequence of flying through the ceiling.

This is my collection of rippen images. I'm always on the hunt for new rippen pics to add to my stash. Click an image to see the higher resolution version. Some of these are vertical so the thumbnails look squashed. 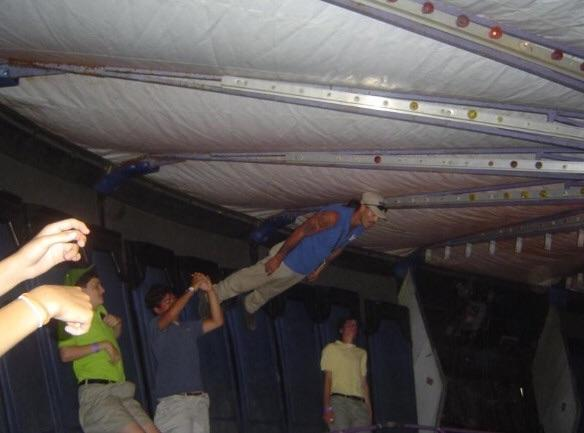 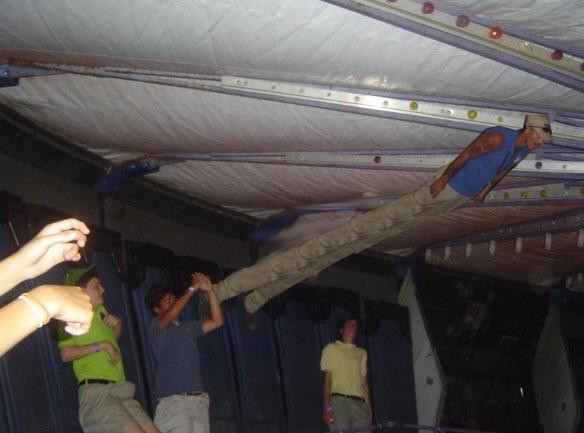 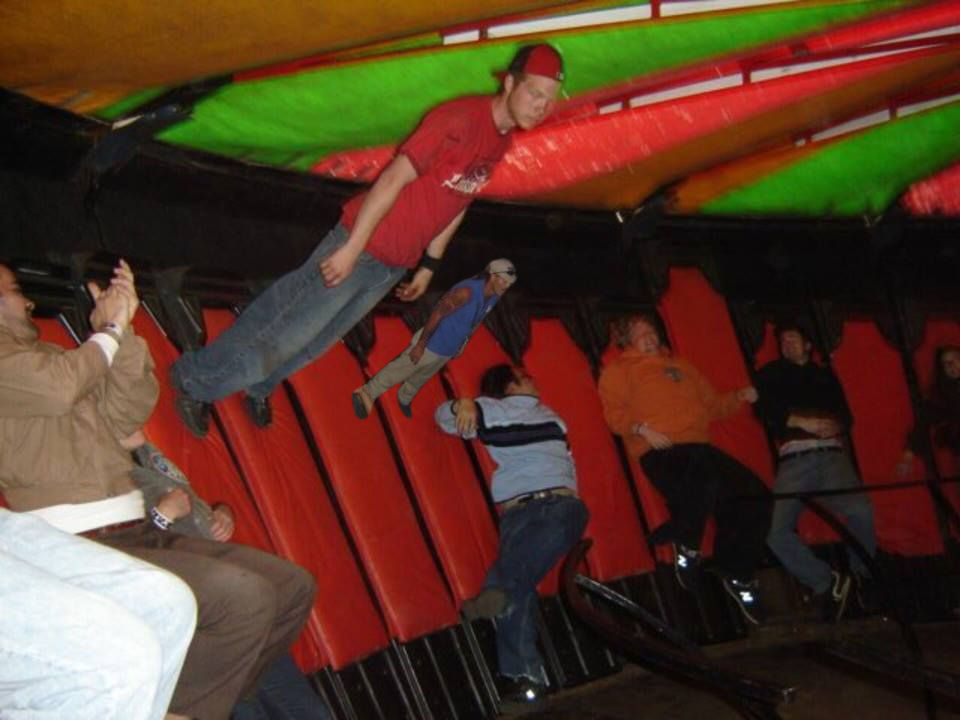 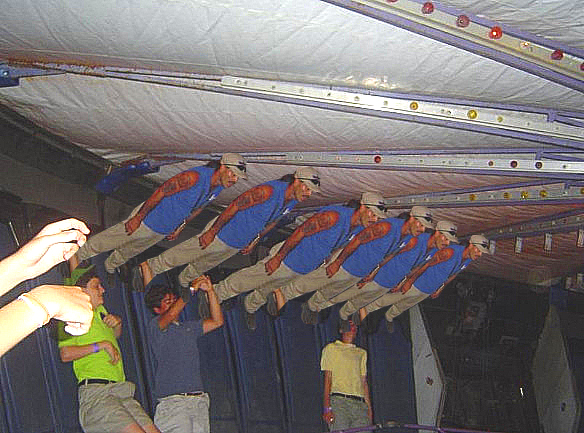 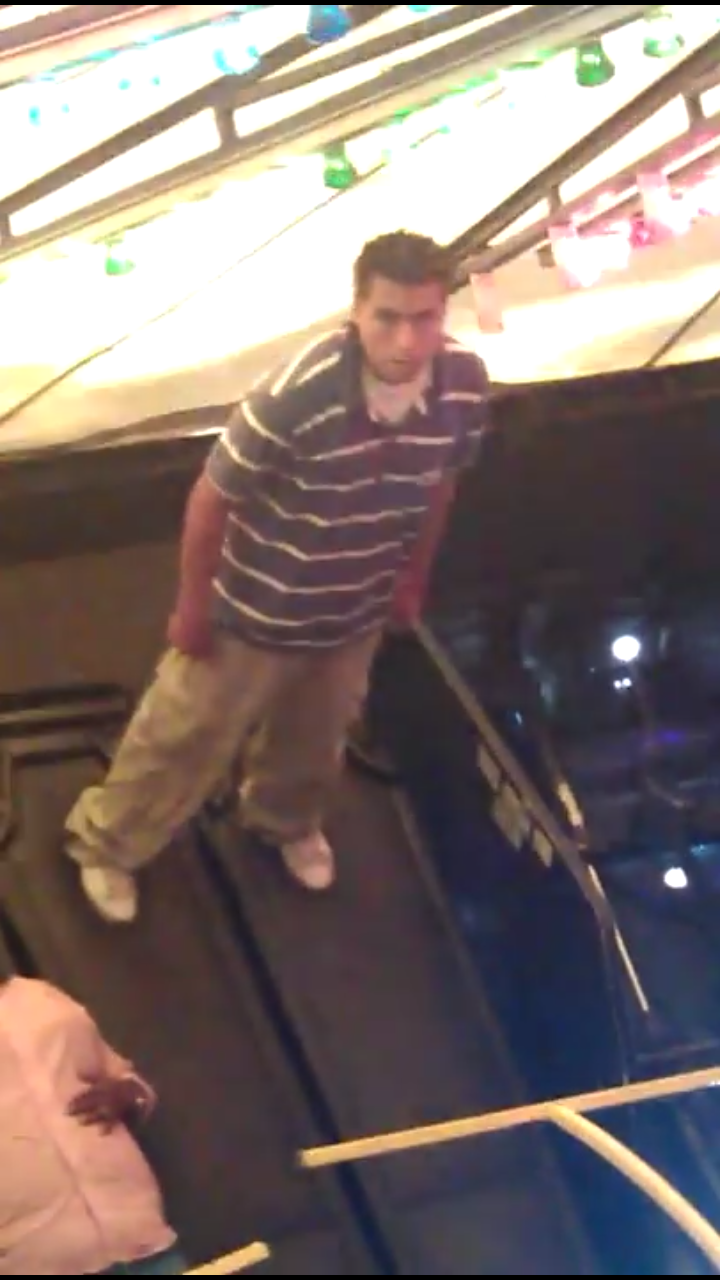 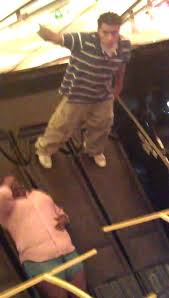 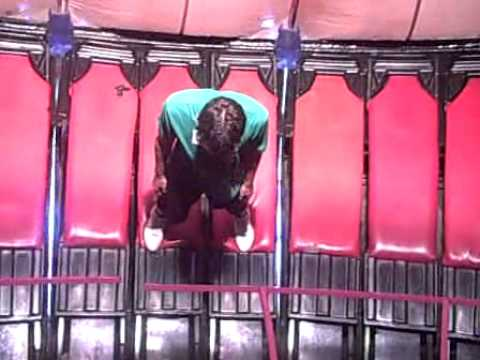 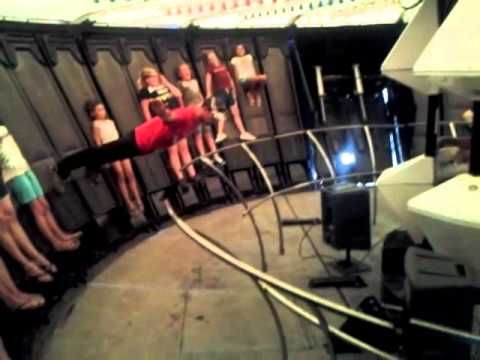 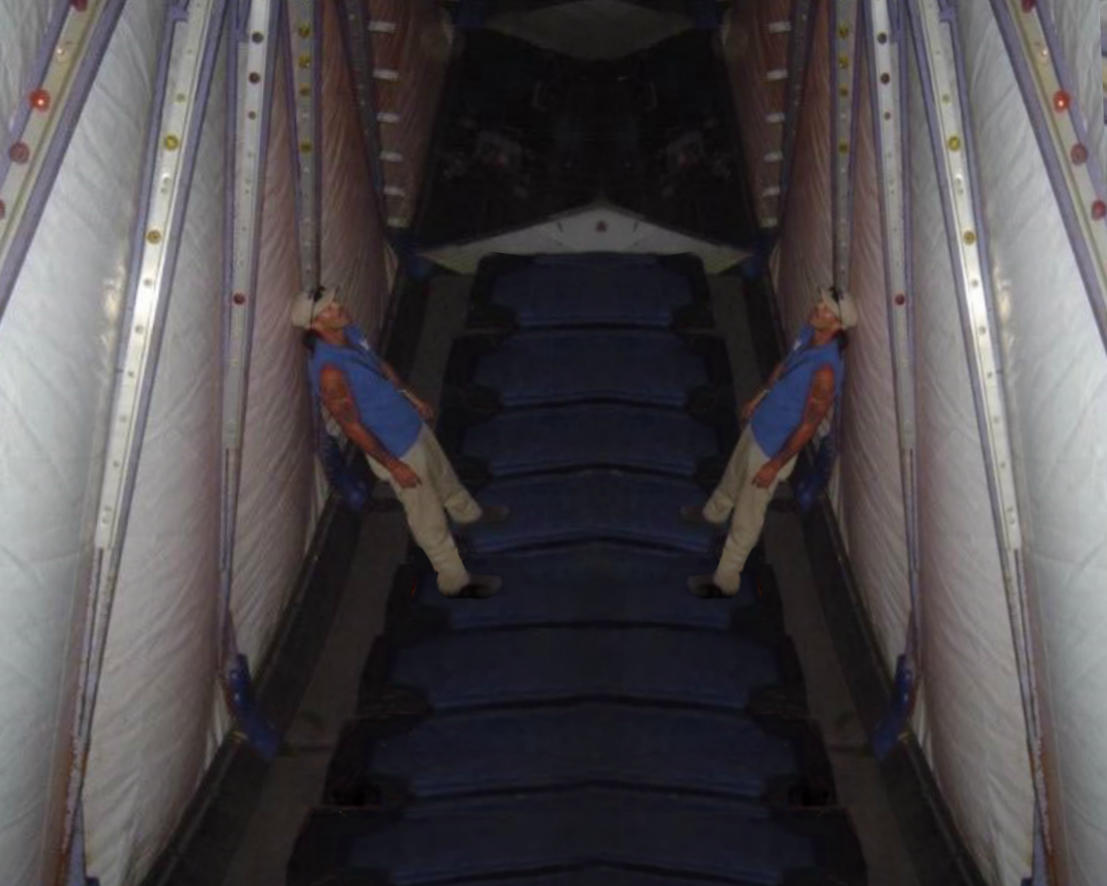 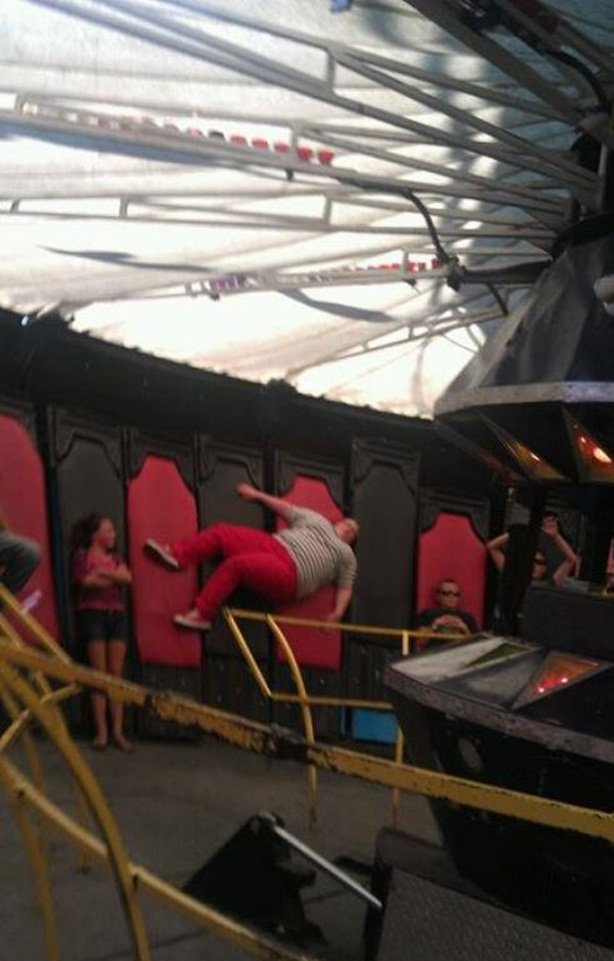 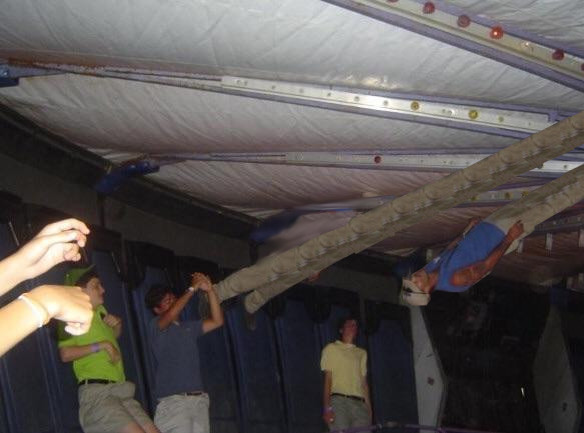 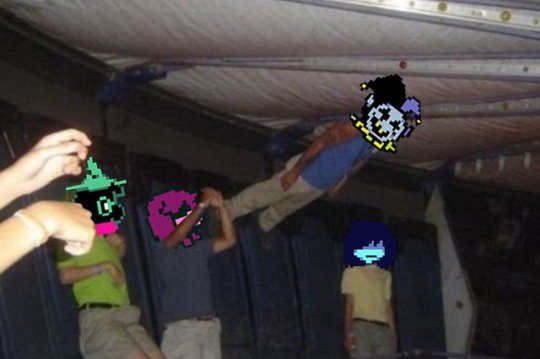 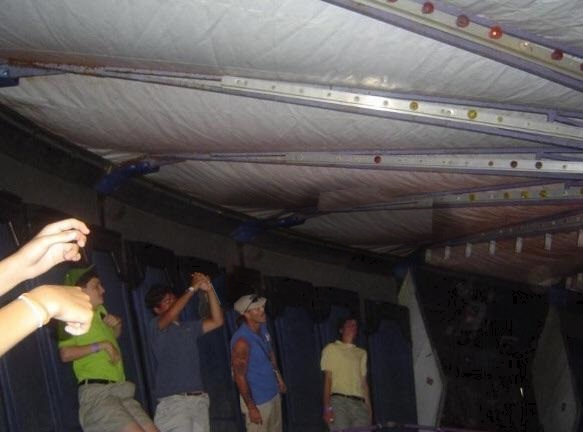 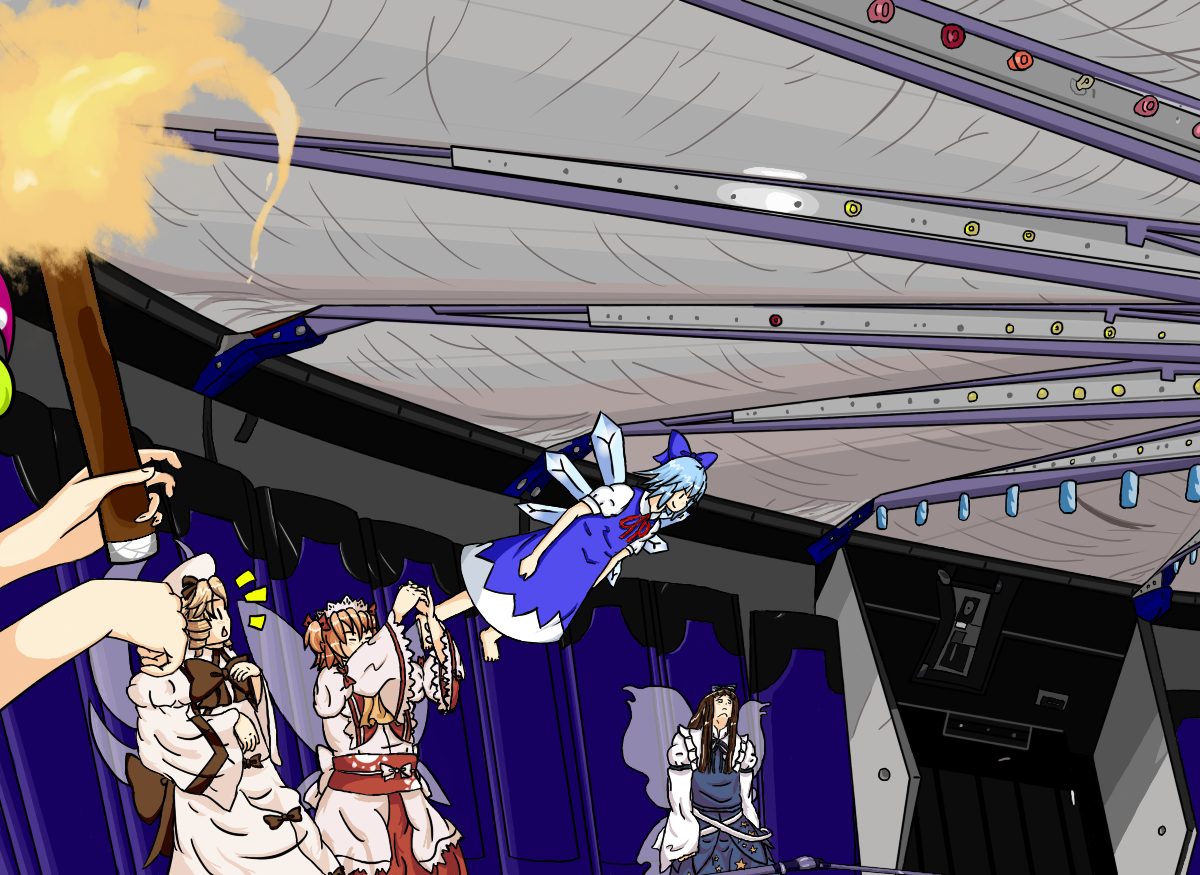 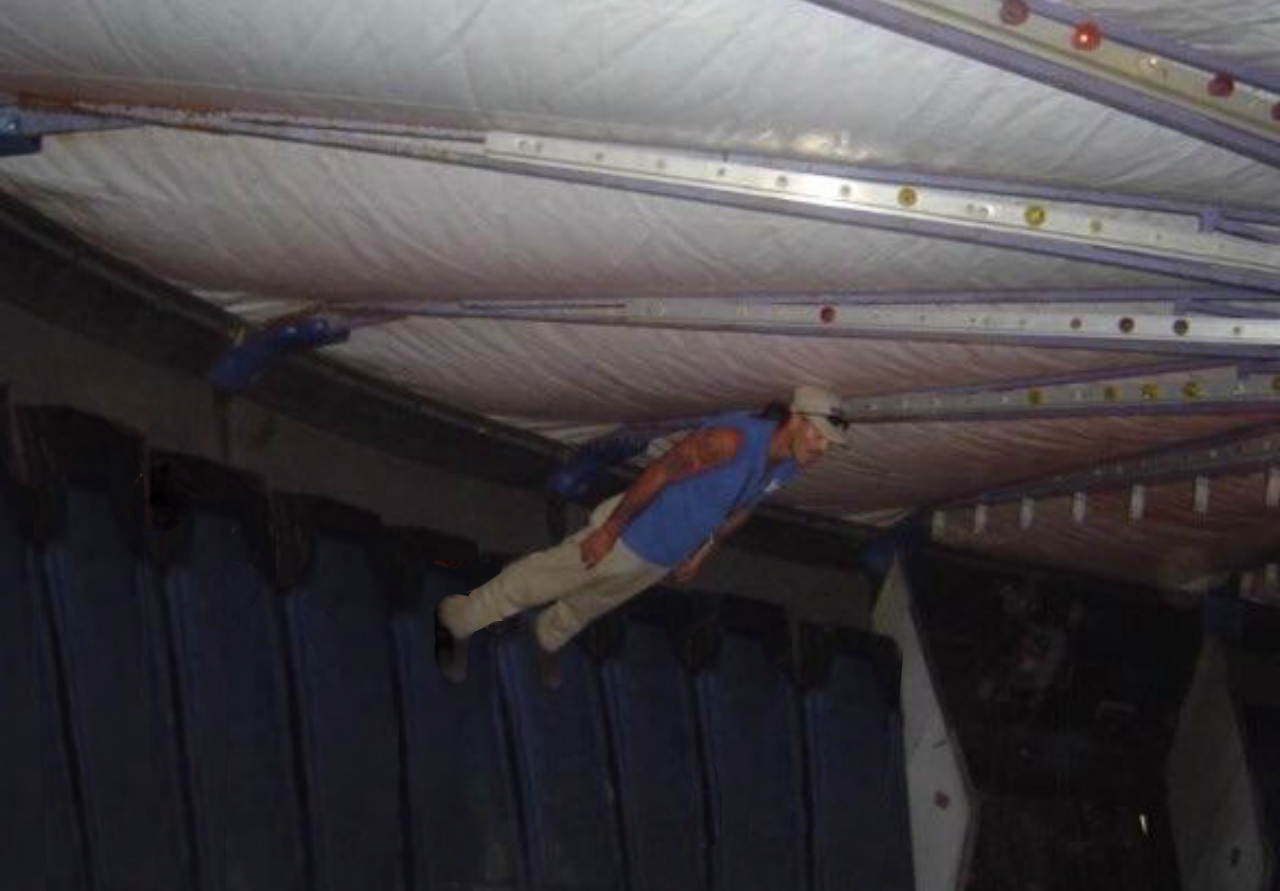 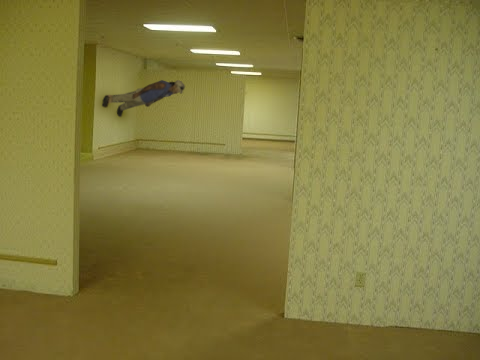 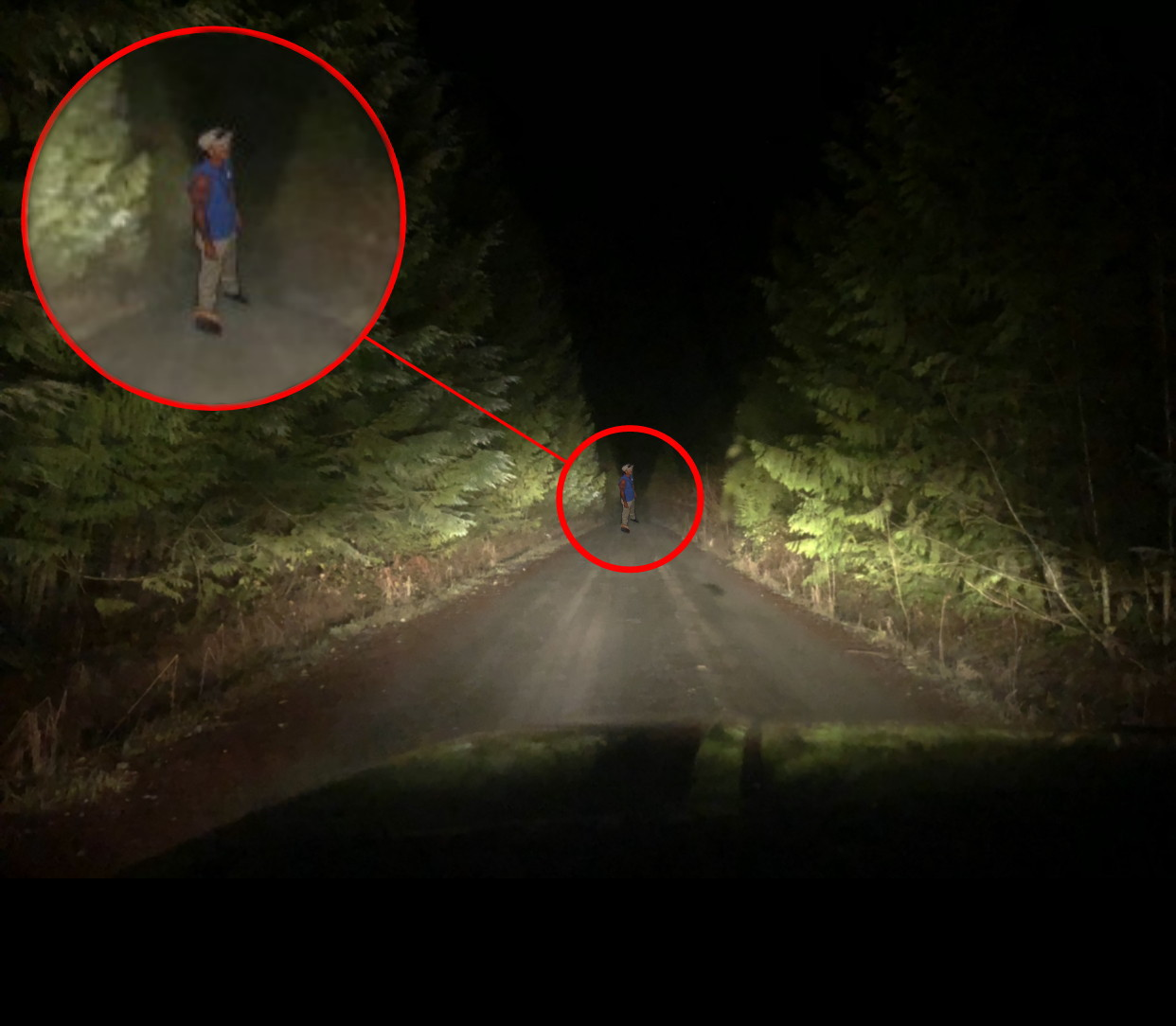 Click here to return to the safety of home.